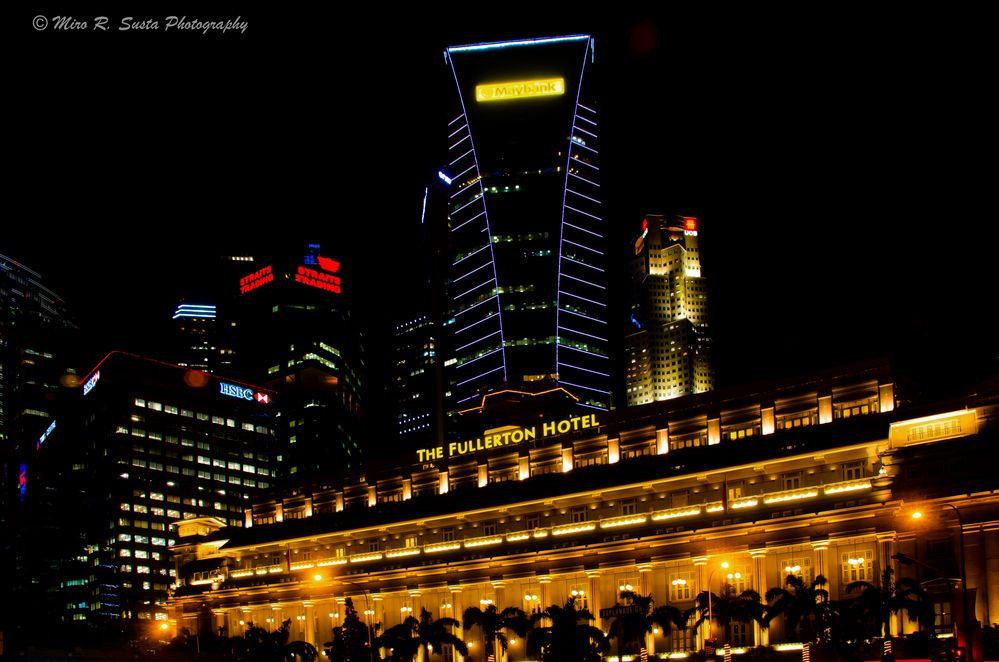 Night view of Fullerton Hotel in Singapore which is located near the mouth of the Singapore River, in Singapore’s Downtown. It was originally known as the Fullerton Building, and as the General Post Office Building.
The Fullerton Building was named after Robert Fullerton, the first Governor of the Straits Settlements (1826–1829).
It was commissioned in 1924 as part of the British colony's centennial celebrations, the building was designed as an office building.