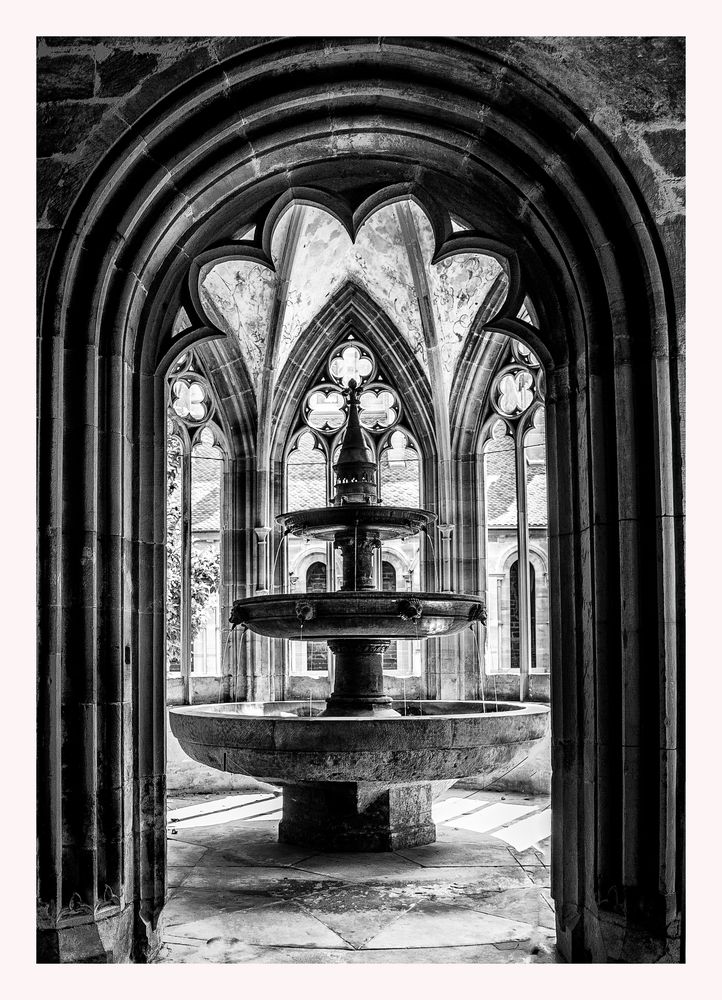 Maulbronn Monastery (German: Kloster Maulbronn) is a former Roman Catholic Cistercian Abbey and Protestant seminary located at Maulbronn in the German state of Baden-Württemberg.[2] The 850 year old, mostly Romanesque monastery complex, one of the best preserved examples of its kind in Europe,[3] is one of the very first buildings in Germany to use the Gothic style.[4] In 1993, the abbey was declared a UNESCO World Heritage Site.[5]

The complex, surrounded by turreted walls and a tower gate, today houses the Maulbronn town hall and other administrative offices, a police station, and several restaurants. The monastery itself contains an Evangelical seminary in the Württemberg tradition (https://en.wikipedia.org/wiki/Maulbronn_Monastery)