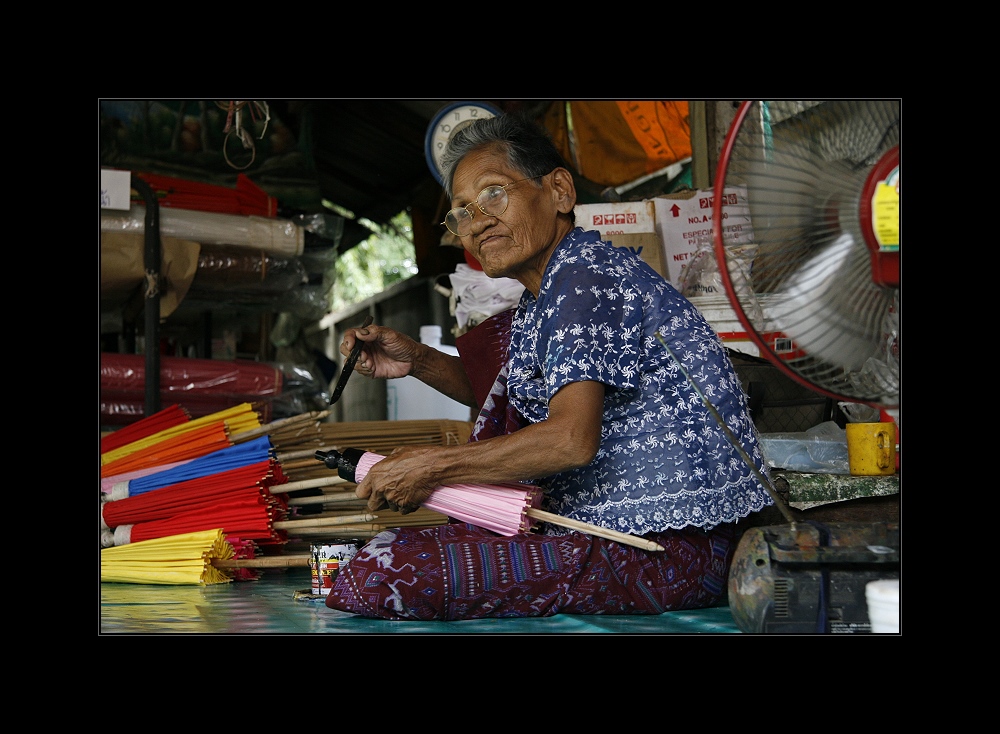 Simon de la Loubère, who was Envoy Extraordinary from the French King to the King of Siam
in 1687 and 1688, wrote an account entitled a "New Historical Relation of the Kingdom of Siam,"
which was translated in 1693 into English. According to his account the use of the umbrella was
granted to some only of the subjects by the king. An umbrella with several circles, as if two or
three umbrellas were fastened on the same stick, was permitted to the king alone, the nobles
carried a single umbrella with painted cloths hanging from it.

My answer to Detlef's suggestions... a new crop: