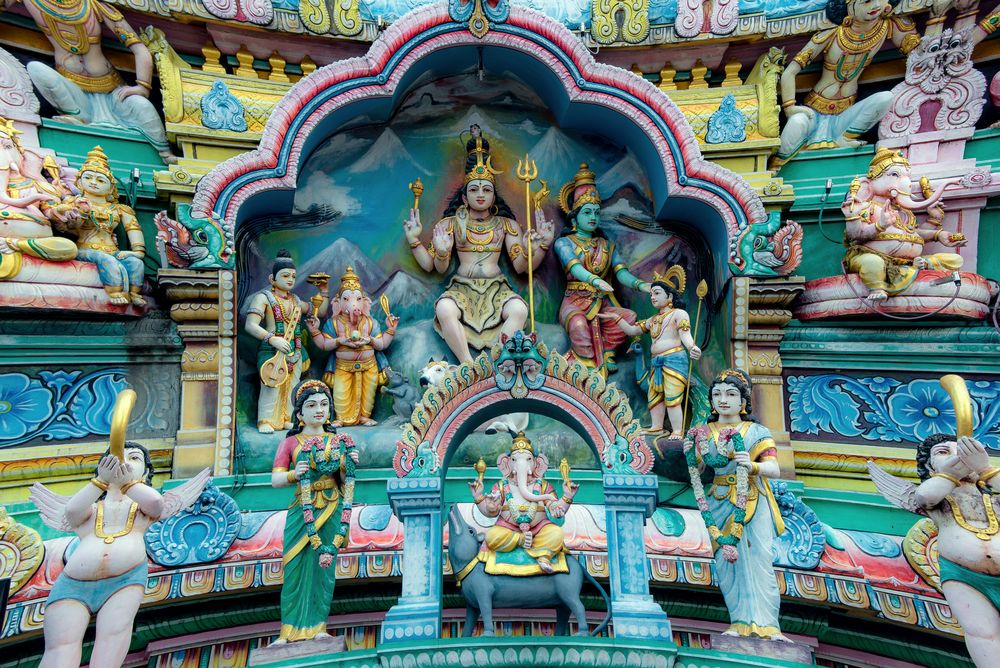 Hindu Sri Layan Sithi Vinayagar Temple in Singapore has a long and rich history dating back to 1920.
The government donated money to the Nagarathars, who purchased the land that the current temple sits on, and then proceeded to build the temple.
The Nagarathars added a new Vinyagar idol made out of black stone, which was imported from India. It was the main deity of the temple at the time, but the old Vinyagar statue was kept in the front as the sanctum’s main deity. A third Vinyagar statue was added, thanks to the donation of a Mr Pichappa Chettiar. Over the years, the temple underwent numerous renovations and adding of important elements; such as a tranquil inner sanctum, which is used for meditation.
The main sanctum features the 3 Vinayagars, the Holy Spear, Naagar, and Rama Naamam.