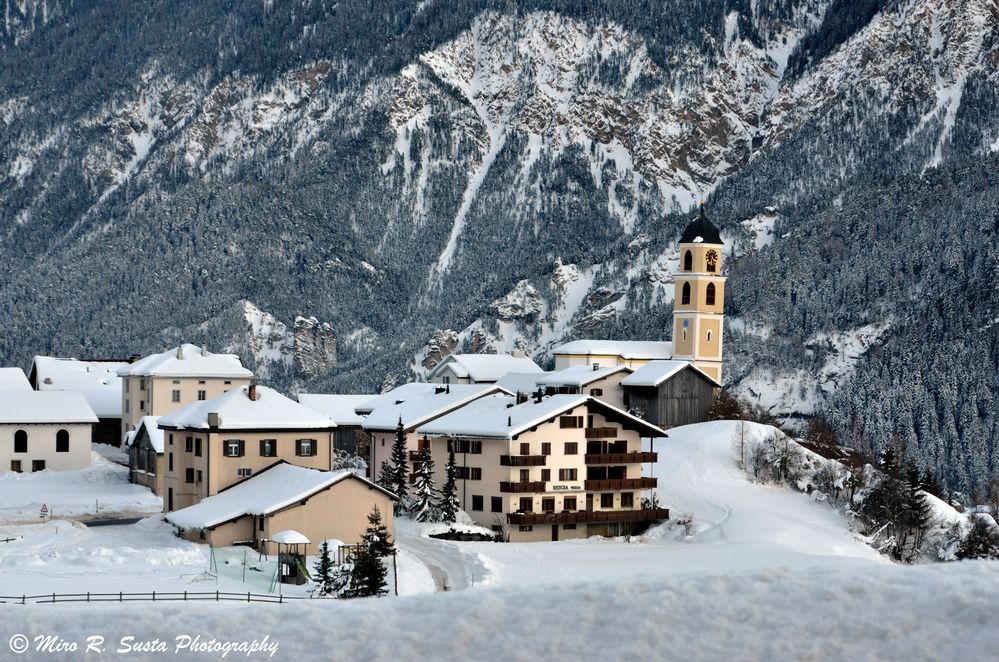 Brienz in winter; an alpine village located at 1,150 m a.s.l. on the Albula valley right side between Davos and Lenzerheide.
Permanent population of Brienz is only 128; 60% of population speaks Romansh language. Romansh is a descendant of the spoken Latin language of the Roman Empire. Romansh has also been recognized as a national language of Switzerland since 1938 and as an official fourth Swiss official language along with German, French and Italian and since 1996.