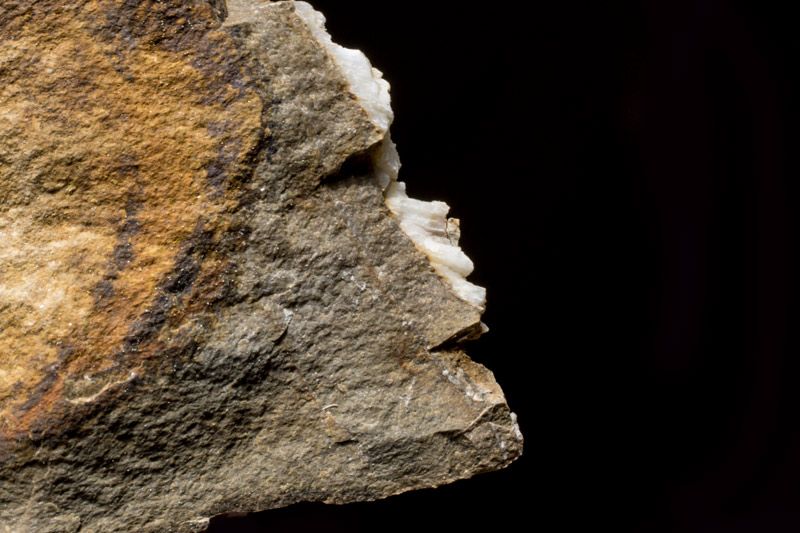 This Image has been republished. It first appeared
on 9. May 2014, together with the image "Schrödinger", but was taken out of the discussion, where I keep only a small number of items at one time.

The character shown here, appeared in another shard of the broken rock, which contained my image called "Schrödinger". It is obviously closely related to Schrödinger, who`s cat is just as famous as he himself is;-)