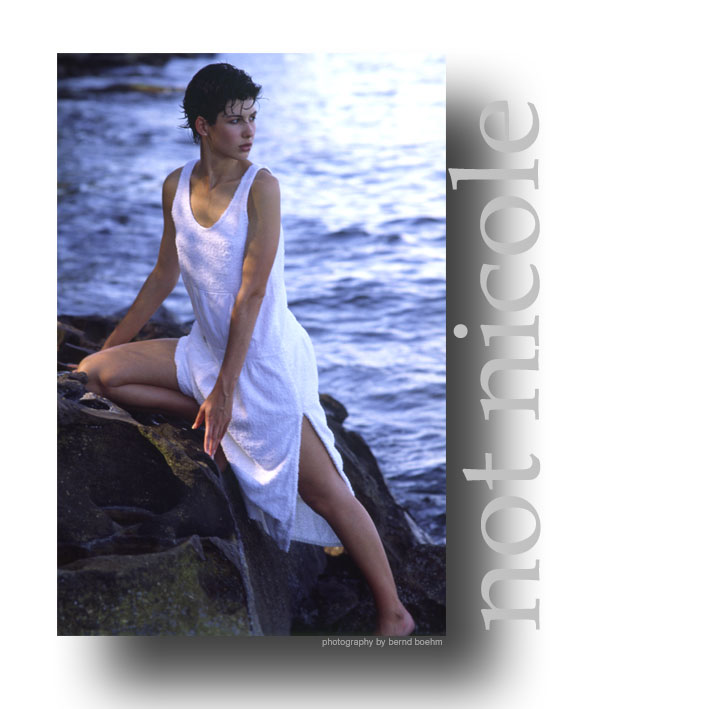 At some stage - many years ago - I was doing test shootings of new girls for a Sydney model agency. I had an appointment with a girl named Nicole who I´d met allready during a casting at one of the fashion magazines. The location had been scouted, but Nicole was late, the light was going, I was getting grumpy. So when Nicole finally turned up fresh from some promotions job she´d been to, makeup on her face I thought would crack off if she smiled, I told her I´d rather do the shooting with someone else.

I don´t remember the name of the girl I ended up doing the shooting with. This is one of her pictures.

Not long after this, I gave up photography and didn´t even own a camera for more than 10 years.

Whatever became of the girl in the picture is not known to me.

Nicole went to America and ended up marrying and divorcing a guy called Tom Cruise.